john owen: a man for the times

I've noticed that some of the 'friends I have never met' (as Thomas calls them) who I look up to the most increasingly have the first name of John --Calvin, Bunyan, Edwards, Piper, MacArthur. I have added John Owen to the list

John Owen was a man for his times. I recently picked up a book by five professors from (mostly from England) who wrote for the conference of the Jown Owen Centre for Theological Study: Sinclair Ferguson, Graham S. Harrison, Michael A. G. Haykin, Robert W. Oliver, and Carl R. Trueman. The book is called, John Owen: The Man and His Theology. This book is a valuable read for anyone who loves the doctrine of sovereignty, Pneumatology, Christology, or even Ecclesiology.

Particularly challenging was John Owen's view of theology. Trueman states, "My contention is that Owen's theology was overwhelmingly shaped by his doctrine of God, and its counterpoint in his understanding of humanity" (44). I find in Owen a man who was concerned foremost that people have a correct view of God. as a result of this, he fiercly combatted the Pelagianism, Arminianism, Socinianism, and Quakerism that was present in his day through the use of tongue and pen. What's more, he desired that this view of God play itself out in his own day to day holiness. Hence his writings on the person of Christ and the Holy Spirit. Ferguson explains it well: "One of the axioms that Owen returns to again and again as a preacher of the gospel is that there is a difference between the knowledge of the truth and the knowledge of the power of the truth...it is the presence of the Spirit of God that transforms our bare knowledge of truth into our experience of the power of the truth" (106-107). For Owen, theology must be applied. Application of theology results in a closeness to God that produces holiness.

I must end with two things. First, I am resolved to read more John Owen. Second, with Piper I have to say, "Brothers read Christian biographies!" There is a wealth of godly example that can be learned from the lives of those who thought our thoughts before us.
Posted by robertlhall at 2:27 PM 8 comments:

the girl of my dreams 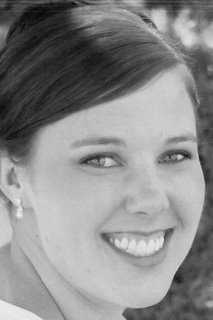 This is my wife. I can say I am truly blessed by God with the most wonderful woman alive. This picture was taken the day of our wedding (easy to guess); and all I have to say is, MARRIAGE IS GREAT (that was for G who is getting married soon himself). Julie and I are coming up soon on our one year aniversary, and I hope to spend many, many, many more years with her. I resonate Proverbs 18:22 which says, "He who finds a wife finds a good thing." She is a faithful support in my pursuits of ministry and study and a constant source of sanctification in my life. Praise the Lord for her patience. I hope I can faithfully learn to love her as Christ loved the church (Eph 5:25).
Posted by robertlhall at 9:19 AM 9 comments:

reflections on the grace of God

Today was the last chapel of the semester for CBTS. Pastor Daniel put all the graduating seniors on the spot by asking them to give a testimony last-minute. Talk about the sovereignty of God...although none of them had time to prepare a response, their exposure to God's glory shown forth through their personal testimonies of their struggle to walk with God. Each and every one of them testified of the grace of God, God's faithfulness, their lack of worthiness to be in His service, and their humble hopes to be used by Him in the future. It moves me to ponder what is meant when we say we are thankful for God's grace in our lives? I think often I have used the phrase "by God's grace," flippantly in the past without really thinking about what that means.

God's grace first of all is what brings the believer, the elect sinner, to salvation. Ephesians 2:8-9 is the classic passage that addresses this. "by grace you have been saved through faith; this is not of yourselves; it is God's gift--not of works so that no one may boast." We have read the glorious truth of the first part of this chapter, "You were dead in your trespasses and sins...but God made us alive with Christ." God's grace gives life to the dead body that up to that point had cursed His name. God's grace gives the believer this standing in Christ. So first of all, God's grace abounds where our sin held us in a state of death and alienation so that we can be saved into a relationship with Him.

For most people who understand the gospel, this first part is not hard to grasp. But what about after salvation? The same grace that brings us into relationship with God keeps us in that relationship. Some have not understood this, thinking that good works cause a believer to grow; but how would that bring glory to God? If I cannot gain His favor initially through my works, why would I think that I can keep His favor through my works? For this kind of thinking Paul chides the Galatians in 3:3, "You are so senseless! Having begun in the Spirit, are you now being perfected in the flesh?" NO is the answer to the rhetorical question. Those who by God's grace, walk in the Spirit, will put to death the works of the flesh (Gal. 5:16). The grace that God gave us to justify us is also the grace we need for sanctification, because we cannot grow through our works. Yes, through our own works we may be able to fool a lot of people into thinking we are spiritual; we may be able to put on a great exterior, but that is worthless, and it does not satisfy. When the facade is stripped away, what is left? Nothing, because only God truly satisfies. His presence and His glory sanctifies us by His grace. So what does that leave us to "do," what are we left to pursue for sanctification? God alone.

What is the conclusion to all this? Merely that when all of those guys got up there today and testified of the grace of God, what they were saying is this: "Even though I have finished an M.Div, I am nothing without God; He has worked in me. He saved me and He is sanctifying me. I am bewildered that He would want to use me. But He will get the glory for anything that I do for Him, because He is accomplishing it. I am now pursuing His glory as I leave this place knowing that He will accomplish His work in me." I sat there challenged by the evidence of God's grace in their lives and craving a close dependence on Him that forces me to rely on His grace alone.

For God's work we must praise Him and continue to pursue His glory. As I go through seminary, my goal is the same as when I leave. Nothing will change except the environment I may be in. That goal is to, by God's grace, walk with God so I may behold His glory. Nothing more, and nothing less.

"Now we all with unveiled face beholding the glory of the Lord are being changed ino the same image from one degree of glory to another, even as from the Lord who is the Spirit."
II Cor. 3:18.
Posted by robertlhall at 12:31 PM 4 comments: 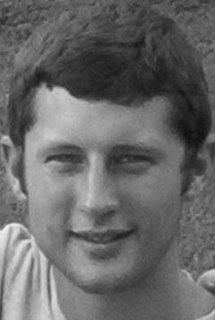 sorry for the goofy picture. Had to have something to update my profile.
Posted by robertlhall at 1:27 PM 8 comments: